The critically acclaimed roll and write game where you draw routes on your board trying to connect the exits at its edges. The more you connect, the more points you make, but beware: each incomplete route will make you lose points! 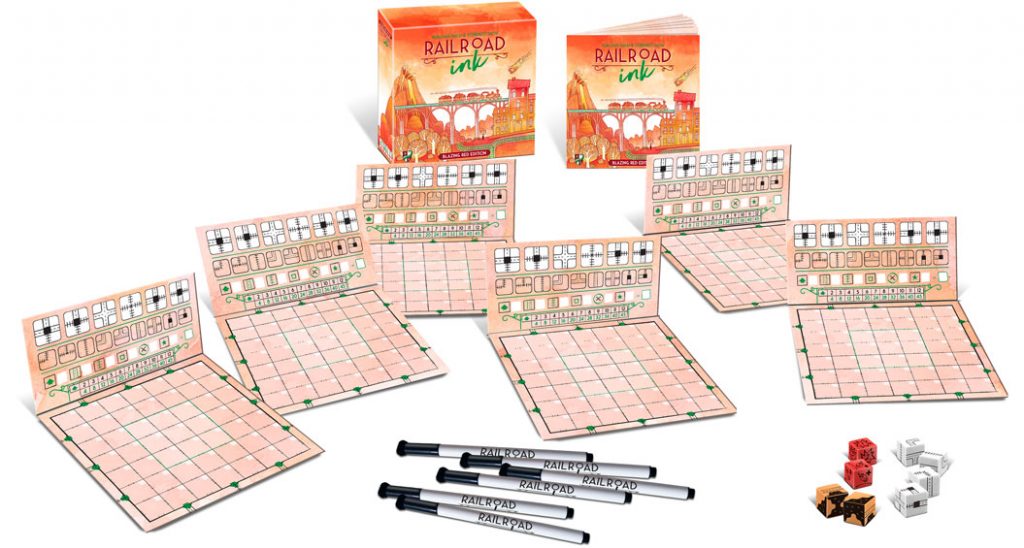 In the multiplayer puzzle game Railroad Ink™, your goal is to connect as many exits on your board as possible.
Each round, a set of dice is rolled in the middle of the table, determining which kind of road and railway routes are available to all players.

In Railroad Ink™ you have to draw these routes on your erasable boards to create transport lines and connect your exits, trying to optimize the available symbols better than your opponents. The more exits you connect, the more points you score at the end of the game, but you lose points for each incomplete route, so plan carefully! Will you press your luck and try to stretch your transportation network to the next exit, or will you play it safe and start a new, simpler to manage route?

Railroad Ink™ comes in two versions, each one including two expansions with additional dice sets that add new special rules to your games: the Blazing Red Edition includes the Lava and Meteor expansions.
Try to confine the lava coming from the erupting volcano before it destroys your routes, or deal with the havoc brought by the meteor strikes and mine the craters for precious ore.

Each box allows you to play from 1 to 6 players, and if you combine more boxes, you can play with up to 12 players (or more). The only limit to the number of players is the number of boards you have!

At the beginning of each round, the Route dice are rolled once. The results of the roll will determine which Routes all players must draw that round. After the roll, all players play simultaneously, drawing the Routes rolled on their own boards.

Stations allow you to connect a Railway Route to a Highway Route. Overpasses allow the two to cross without being connected to each other. 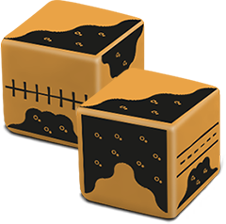 Volcanoes start erupting, but the Route building must go on! Work your way around lakes of Lava and prevent them from destroying your Routes! Confine the Lava streams to gain extra points: at the end of the game, you get 5 points for each Lava lake without open sides, and you also get 1 point for each space occupied by your Largest Lava lake (even if it is not closed). But remeber: open Lava lake sides count as Errors at the end of the game. 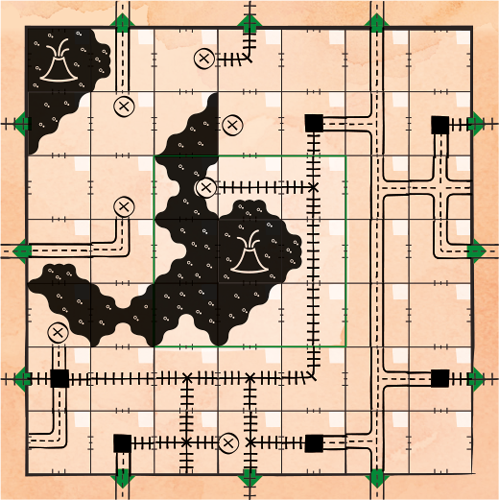 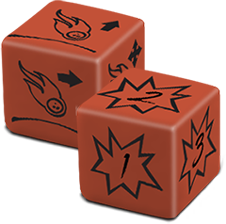 Meteors will wreak havoc and destruction, but they also bring precious minerals and ores to Earth. 1 Meteor will hit each round, creating a Crater on your Board and destroying any Route it hits. At any point during the round, you can erase a Crater to draw a new Route in its place. But, if you lead Routes into the Craters, at the end of the game you can gather precious resources and gain additional points! 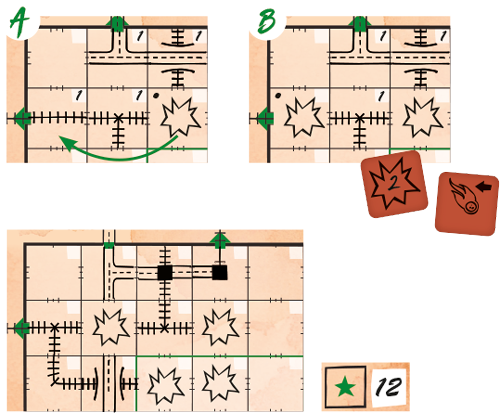 This website uses cookies to improve your experience while you navigate through the website. Out of these, the cookies that are categorized as necessary are stored on your browser as they are essential for the working of basic functionalities of the website. We also use third-party cookies that help us analyze and understand how you use this website. These cookies will be stored in your browser only with your consent. You also have the option to opt-out of these cookies. But opting out of some of these cookies may affect your browsing experience.
Necessary Always Enabled
Necessary cookies are absolutely essential for the website to function properly. These cookies ensure basic functionalities and security features of the website, anonymously.
Functional
Functional cookies help to perform certain functionalities like sharing the content of the website on social media platforms, collect feedbacks, and other third-party features.
Performance
Performance cookies are used to understand and analyze the key performance indexes of the website which helps in delivering a better user experience for the visitors.
Analytics
Analytical cookies are used to understand how visitors interact with the website. These cookies help provide information on metrics the number of visitors, bounce rate, traffic source, etc.
Advertisement
Advertisement cookies are used to provide visitors with relevant ads and marketing campaigns. These cookies track visitors across websites and collect information to provide customized ads.
Others
Other uncategorized cookies are those that are being analyzed and have not been classified into a category as yet.
SAVE & ACCEPT
×
×