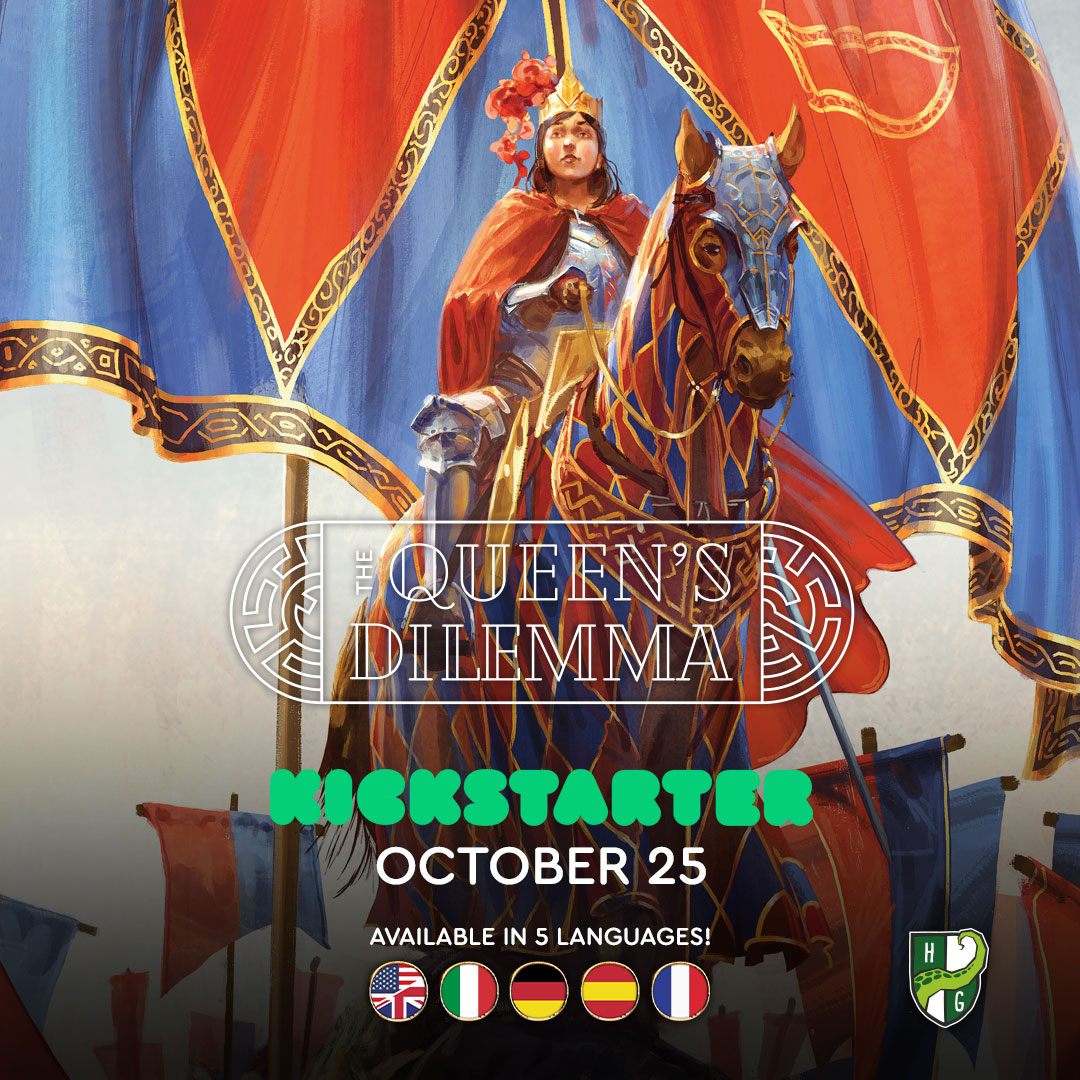 Save the date! We are excited to announce that The Queen’s Dilemma, the long awaited sequel to our award-winning legacy game The King’s Dilemma, will launch on Kickstarter on October 25, 2022!

Are you ready to delve back into the Kingdom of Ankist for a whole-new narrative legacy experience? Sign up to the bookmark on our Kickstarter pre-launch page to be notified the moment the campaign goes live!

The story starts a hundred years after the events of the first chapter. Unlike The King’s Dilemma, in The Queen’s Dilemma you take on the role of a single character for the whole campaign.

Compete against other players to advance your political agenda over years of tense political struggles, while you also move forward your personal branching storyline with secret objectives.

A new legacy experience awaits you in the Kingdom of Ankist!

Stay tuned, we will release more details about The Queen’s Dilemma in the coming weeks. In the meantime, don’t forget to join our community on Discord and Facebook to meet fellow players and share your experiences!

The Great Split, a drafting game where you build a prestigious collection of riches!