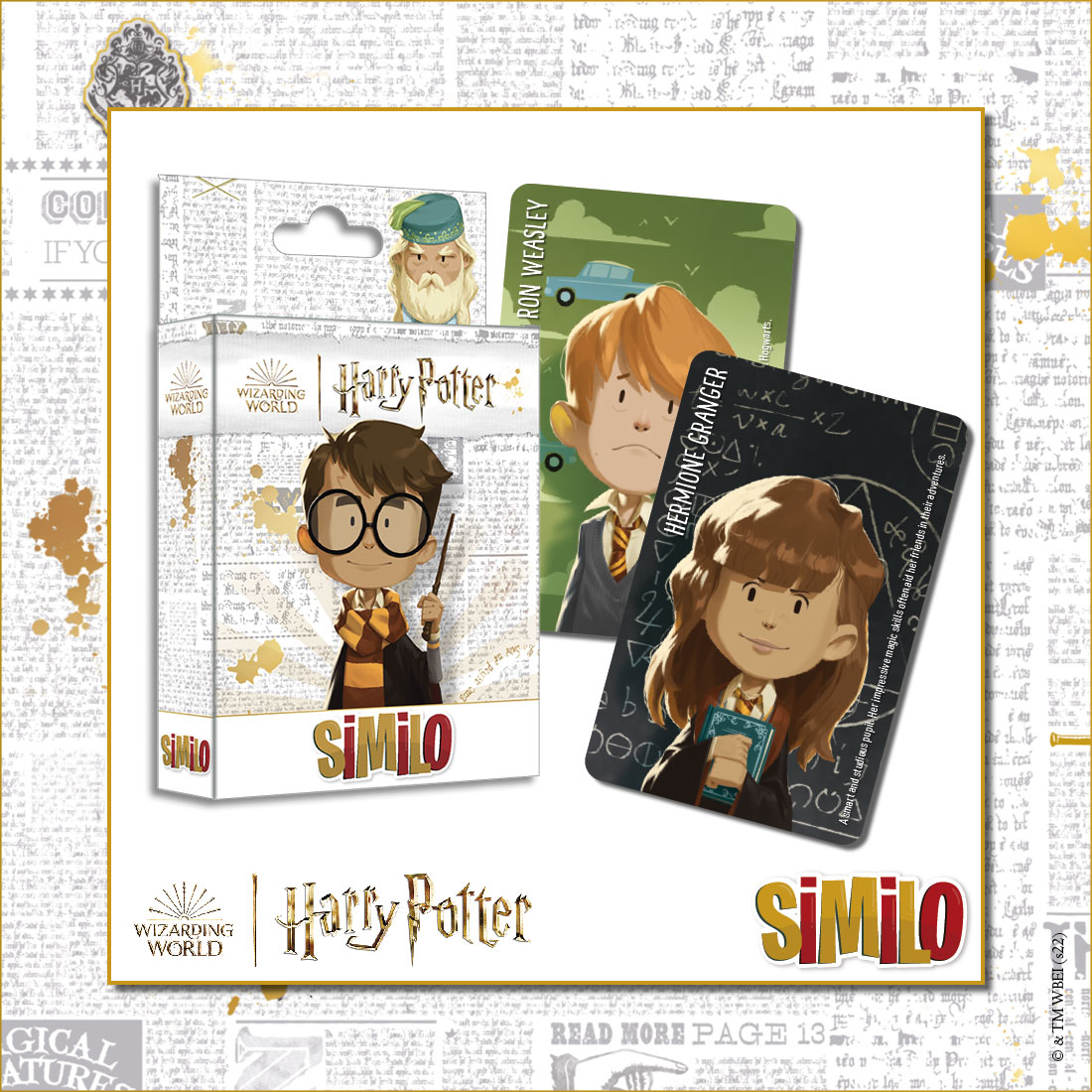 This new Wizarding World edition of the critically acclaimed deduction game will see Harry Potter fans trying to guess a secret character from the Harry Potter universe among the twelve displayed on the table. They’ll be assisted by the Clue Giver, who plays cards from their hand as clues, stating whether they are similar to or different from the secret character.

It is a fantastic addition to the Similo series, which has now sold over 500’000 copies worldwide. It brings together a top gaming brand with a superb license, and we are beyond excited. We are confident it will be a big hit with fans of both properties.

Harry Potter Similo will be launching at retail later this year in Q1 2022. For more info, check the official page of the game on our website.

Get the Vampire: The Masquerade – Vendetta deluxe bundle for a discounted price!